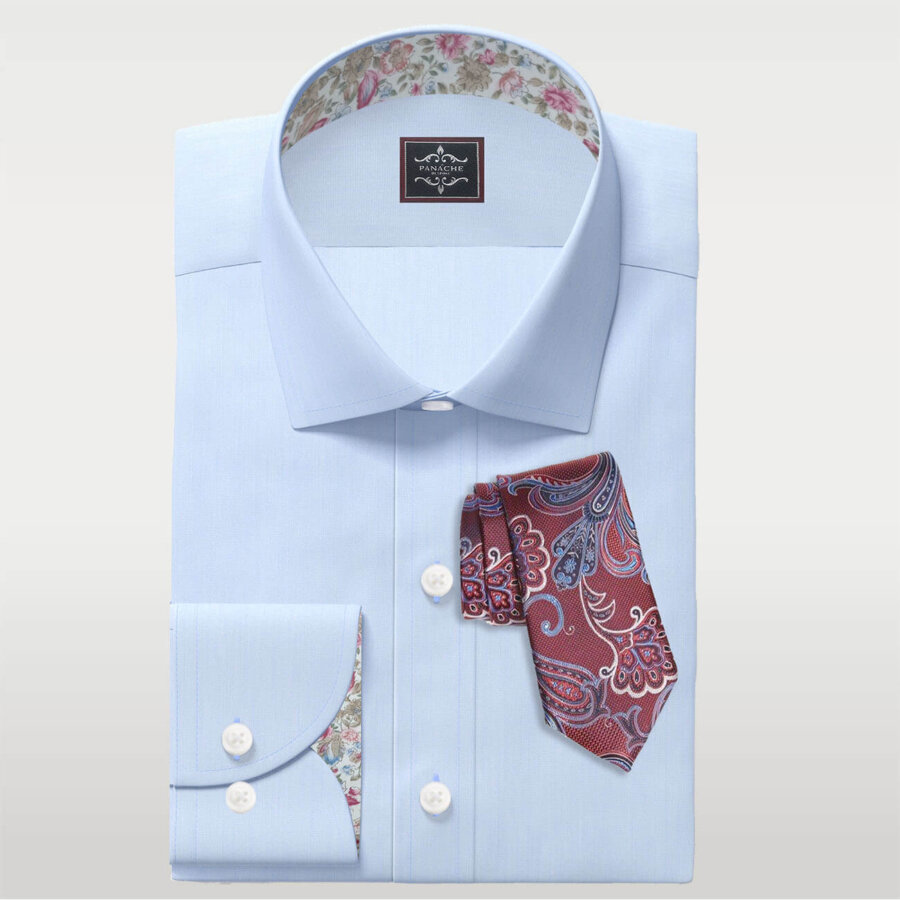 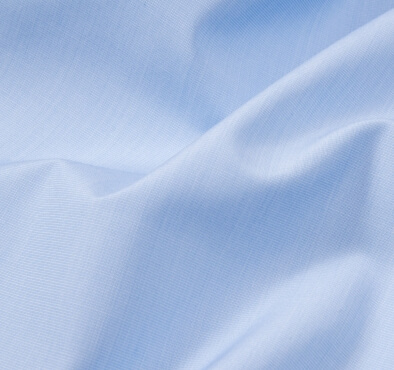 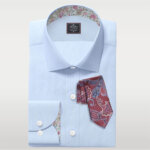 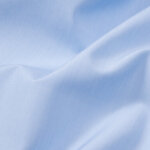 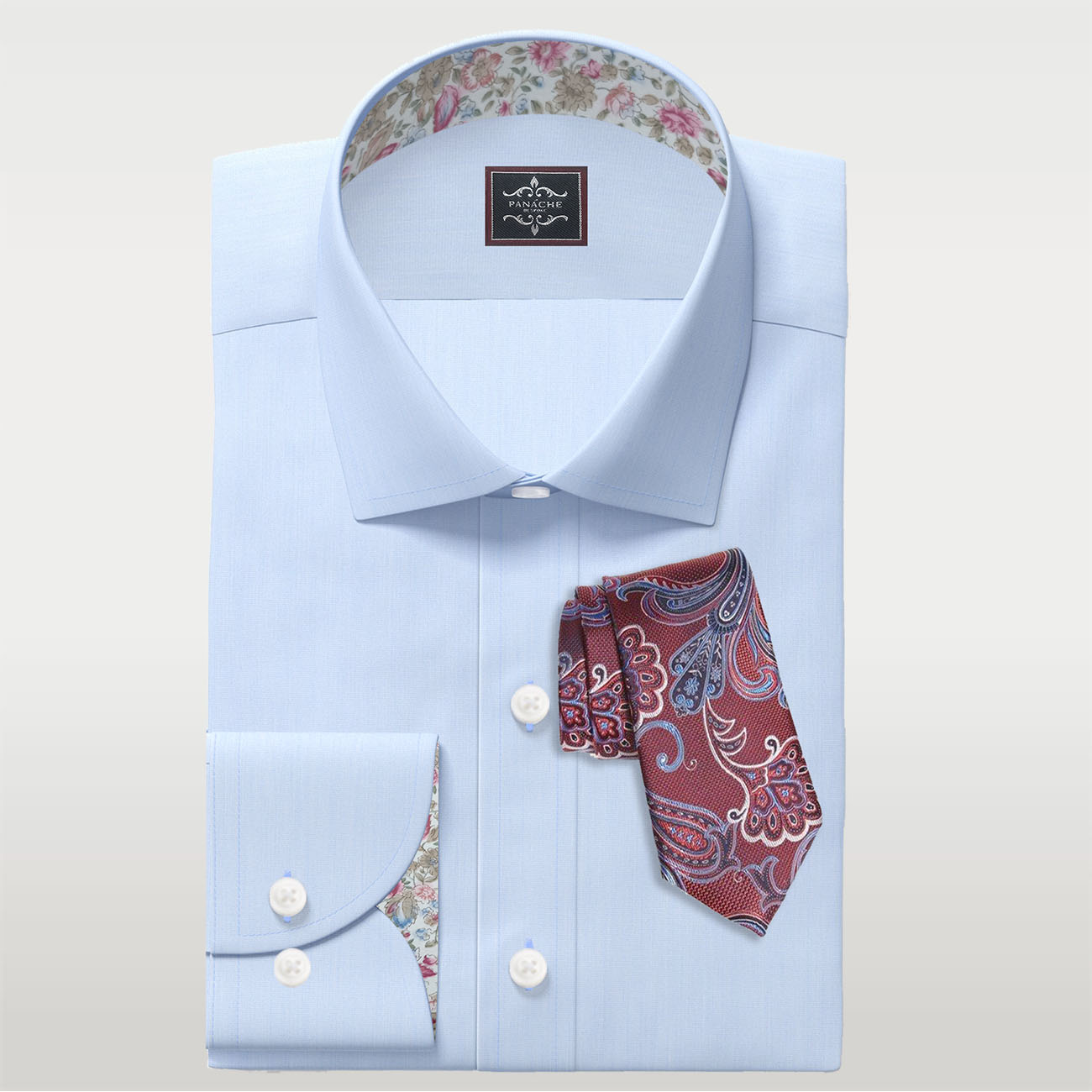 End-on-end is a classic shirt fabric because it makes a beautiful solid blue dress shirt. Made from one of our favorite European mills with a 2ply construction of the 100’s, this end-to-end broadcloth feels extremely smooth to the touch, lightweight, breathable.

It’s a monochromatic pale blue shade, but it’s not dull or monochromatic, which makes it much more interesting than standard. A plain shirt, suitable for a range of suit and tie colors.

English spread collar is smart and timeless and will suit anyone with or without a tie. Our most generous proportions of shirt fits are cut for those who prefer a comfortable and more comfortable shape.

This is the traditional United States America Street style that has been created for over 100 years.

Hang to dry on a hanger.