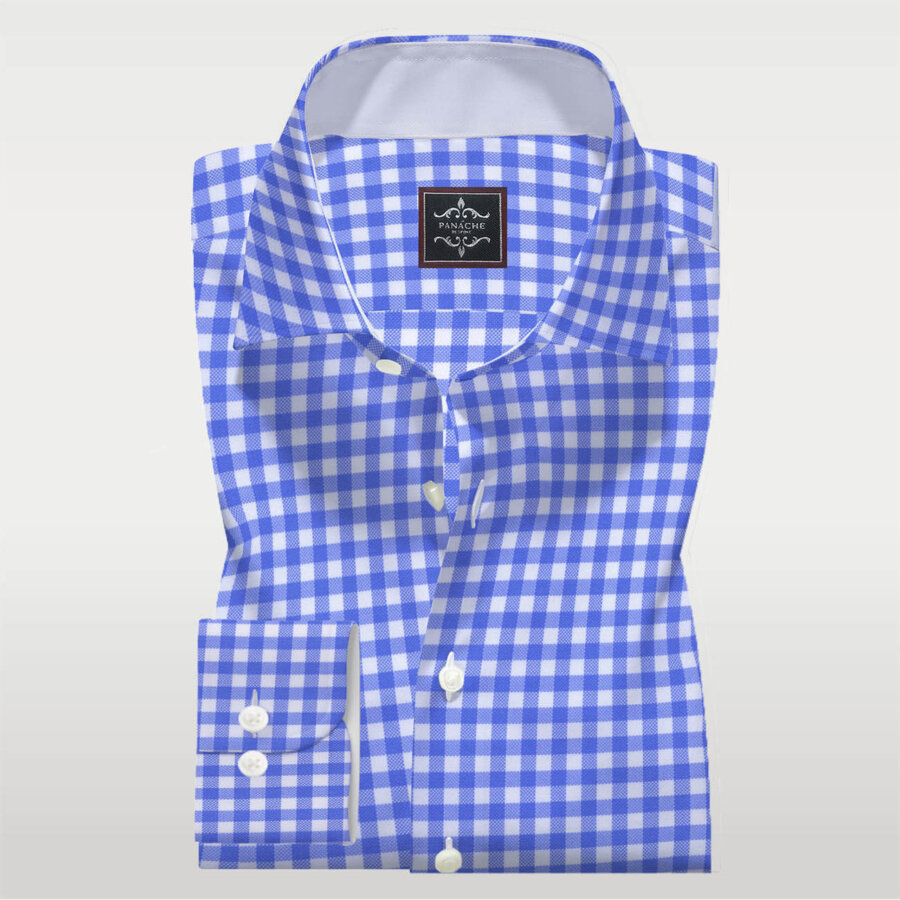 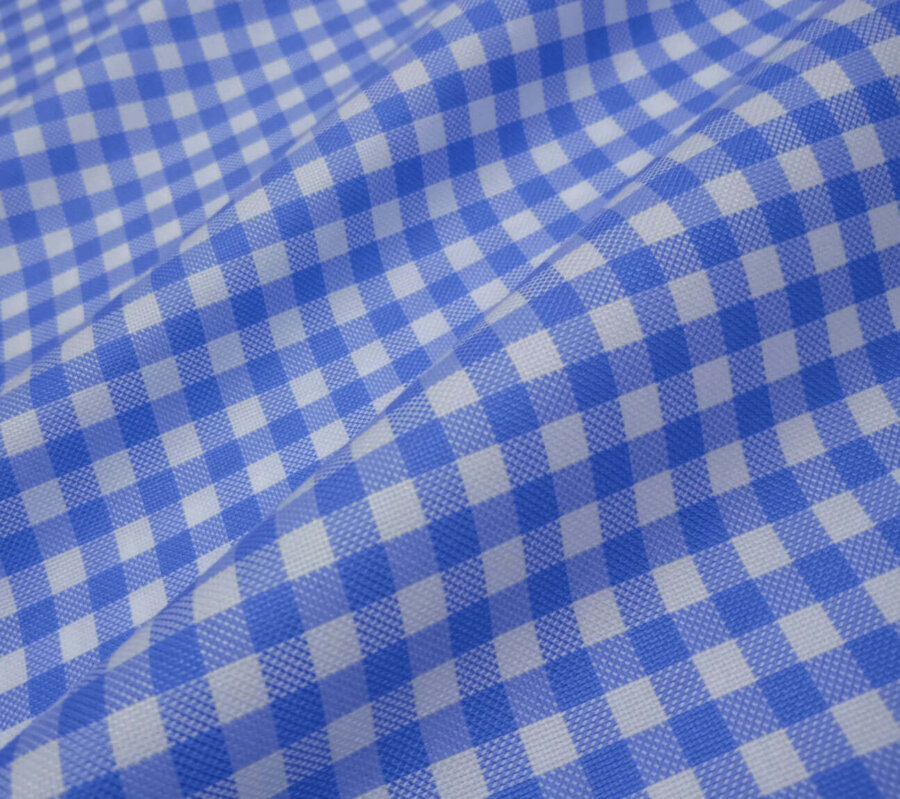 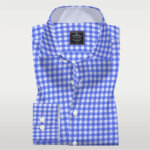 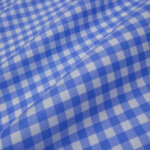 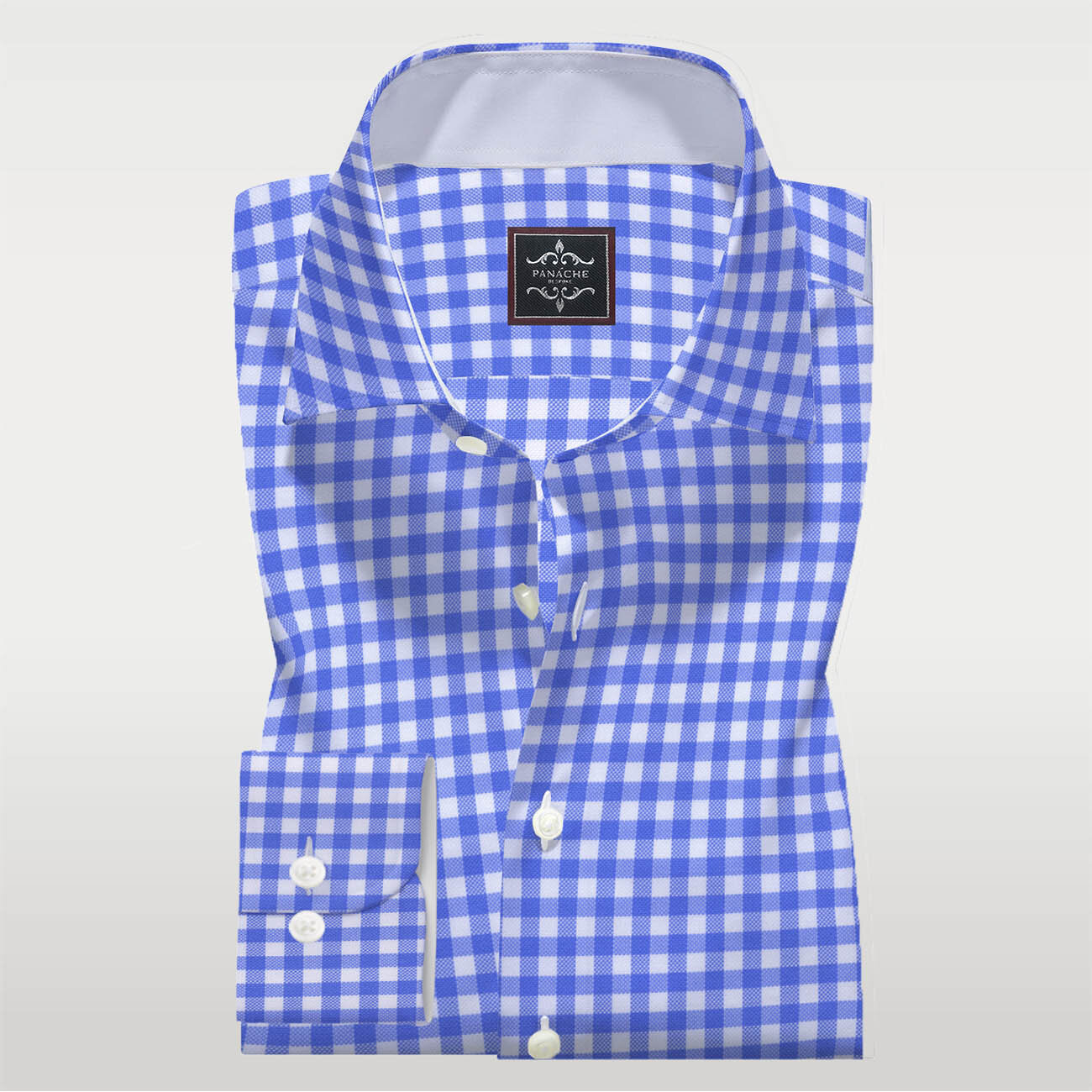 Blue and White Check Royal oxford Mens dress shirt texture and a bit more pop than the one with traditional broadcloth or a pinpoint. This fabric is woven by the famous Thomas Mason Mill in Italy with a 2-ply construction. Mens Dress shirts

The open oxford fabric has a comfortable and breathable body, a clean curtain, and a perfect weight for four-season wear.

Despite popular belief, the Oxford fabric is not from Oxford. But rather from a textile factory in Scotland in the latter part of the 19th century. Blue and White Check Royal Oxford

Apparently, in a clever marketing maneuver, the factory created four different fabrics named. After four of the most prestigious universities of the time – Yale, Cambridge, Harvard, and Oxford.

Today, little is knows about what happened to the other three fabrics, but it is clearly the Oxford fabric that has proved to be the big winner.

Royal Oxford is a beautiful, flashy dress shirt fabric. It has an elaborate weave that gives it a distinctive, significant texture. It’s usually very shiny. Royal Oxford fabric is well known for its softness.

Something about the weave makes the yarns puff out a bit and it just feels cushy and nice. Don’t confuse Royal Oxford cloth with regular oxford cloth, or pinpoint oxford cloth. They are totally different.

Regular oxford cloth is a much heavier, rougher, and casual-looking fabric. Pinpoint is great for both everyday business and formal looks as well.

However, Royal Oxford, particularly in white is best suited for your most formal of occasions, either with a suit or tuxedo.

DIFFERENCE BETWEEN POINTED AND OXFORD CLOTH

Pinpoint Oxford, commonly called simply “pinpoint” for short, is a very popular type of dress shirt fabric. It is elegant and durable.

It has a slightly matte and crisp finish, though not as silky and flat (thin) as a wide cloth, and it’s definitely not as shiny as Royal Oxford or twill. It works well on both formal and casual occasions.

A pointed dress shirt feels a little more substantial than a wide cloth dress shirt, as it is a little thicker and therefore less transparent. Pointed fabrics and Oxford fabrics weave the threads together in the same way.

The difference between the fabrics is not in the fabric but in the thickness and weight of the threads that are used.

Pinpoint makes it a stylish wedding dress shirt or business interview dress shirt, while oxford fabric would be more suitable for casual or outdoor best marriage event. This is a great shirt also below.

Be the first to review “Blue and White...” Cancel reply

categories
Open chat
1
Need Help?
Hello Sir?
Can we help you to find it in a better way?